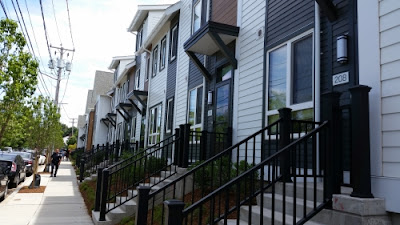 Historically, housing authorities have been limited by the US Department of Housing and Urban Development (HUD) to one payment standard, known as Fair Market Rent (FMR), for each metropolitan area. However, under new HUD regulations, BHA can now adjust its payment standards for each zip code, more precisely matching the actual rental costs.   As a result, families will now have the choice to rent in areas that have historically been unaffordable with a voucher. This change affirmatively furthers fair housing goals and takes steps towards deconcentrating voucher families by providing expanded housing choices in Boston and the surrounding areas.

“Our housing efforts have always been grounded by our fundamental belief that every person, regardless of their income, is deserving of a home,” said Mayor Martin J. Walsh. “By implementing the Small Area Fair Market Rent policy for voucher holders, we are doubling down on one of the most important aspects of our fair housing efforts – the right for people to choose a place to live that works best for themselves and their families.”

The Federal Housing Choice Voucher Program, known as Section 8, is a program funded by the federal government to subsidize rent for low-income families and individuals across the United States. Voucher-holders pay approximately 30% of their income towards rent and utilities, and the federal government covers the rest for apartments up to a certain dollar amount.

Prior to this change the BHA payment standards for a two-bedroom apartment was $1914 for every zip code, city, and town in the Boston area, regardless of the actual cost of housing in individual neighborhoods. With only one payment standard for the entire region, voucher holders have been historically concentrated in low-income income areas, while failing to meet the needs of renters who may wish to pursue housing elsewhere. The new SAFMR will adjust the payment standards in all 236 zip codes in the Boston Housing Authority coverage area to more precisely match the actual rents in those towns and neighborhoods. For example, the implementation of SAFMR increases the two-bedroom payment standard in Brighton to $2600, in Newton to $2800, and in Framingham to $2200, making more neighborhoods accessible and affordable for BHA voucher holders.

“When the Section 8 Program was first created, it was designed to empower low-income people with the ability to choose where they want to live and raise their families.” BHA Administrator Bill McGonagle said. “By matching our Housing Choice Vouchers with the actual cost of rent in our communities, we hope to fulfill that promise.”

In setting its policy, BHA utilized current rental data to ensure that payment standards are high enough to prevent the displacement of voucher holders who wish to stay in their current neighborhood, but not so high that they would have the effect of artificially driving up rents for both voucher and non-voucher renters.

This year, BHA was able to secure approximately $28,000,000 in additional funding for vouchers after BHA, Cambridge and the Massachusetts Department of Housing and Community Development initiated a rent survey and appealed the FMR. The survey demonstrated the need for a higher FMR after the previous HUD FMR rate lagged significantly behind the Boston region’s rising rental market. The new rate and additional funding allowed BHA to implement SAFMR without lowering the payment standards in some Boston neighborhoods.

A chart of the new 2019 payment standards by zip code can be found here.

This policy was submitted as an  amendment to the BHA’s 2019 Annual Plan Leased Housing Administrative Plan.  The policy change followed a public comment period and public hearing at the Copley Branch of the Boston Public Library.  The majority of comments were very favorable but the BHA did adjust some payment standards in response to comments related to concerns about actual rent levels in some communities and displacement.

Reaching out to help our Afghan allies; Authorities and NGOs seek help to begin placing families

Protesting over-development of luxury housing, Stand Up For Eastie takes to the streets

Rally for Stand up for Eastie set for July 29