Update 11/9: According to several sources Jeveli’s is only going into winter hibernation.

Posters at the East Boston Open Discussion Group over at Facebook report that landmark Jeveli’s Restaurant in Day Square will close on Tuesday, November 10.  Here’s some ad copy I wrote for an ad in the East Boston Community News in January 1983.  I worked there as a teenager in various jobs; I learned a lot from the late Ted Jeveli. 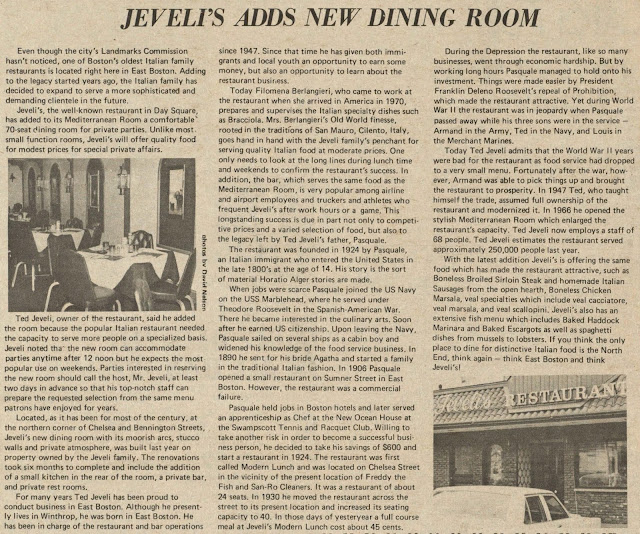 BBJ: After merger, Rockland Trust to close EBSB branches; none slated for closure in EB

Spinelli’s steps up to the plate: feeds the hungry!

Seabiscuit to take over KO Pies in August

Protesting over-development of luxury housing, Stand Up For Eastie takes to...