Home #BosPoli Stephen Passacantilli to Formally Kick Off Campaign for Boston City Council in...
This just in from the Passacantilli campaign:
EAST BOSTON – Stephen Passacantilli, a North End civic leader, Boston Public Schools parent, and former staffer to City Councilor Sal LaMattina will formally launch his campaign for Boston City Council (District 1) in East Boston this week.  Passacantilli’s East Boston Kickoff is this Wednesday, June 7 from 6-8pm at the Orient Heights Yacht Club on Bayswater Street.
Passacantilli said, “I’m excited to officially launch my campaign for Boston City Council here in East Boston. I am running for City Council because I want to ensure that all residents of East Boston, Charlestown, and the North End have access to great schools close to home, safe streets, accessible transportation, and top-notch services for our seniors.”
He continued, “I have been out knocking on doors, attending community events, and calling East Boston voters, and the response has been incredible. I know how important it is for East Boston to have a real voice in government. I will be a bold, independent voice for our communities, and I will always put you first.”
Many know Passacantilli from his years of public service across Boston. He is a lifelong resident of the North End where he has been deeply involved as past president of his local civic association and through local charities and community organizations like North End Against Drugs (NEAD) and the North End Beautification Committee. Passacantilli is also an active Boston Public Schools parent and a member of the Ward 3 Democratic Committee. 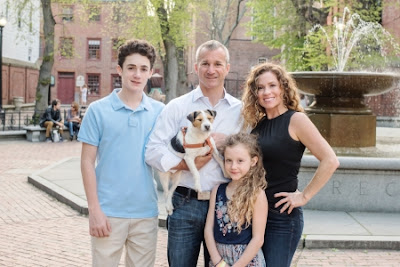 Passacantilli and his wife, Renee, are raising their two children, Grace and Evan, just around the corner where he grew up in the North End.

Throwing his hat into the ring? BPD Commissioner William Gross thinks of running for Mayor; Spent time as patrol officer in East Boston

ABOUT US
We provide you with the latest breaking news about East Boston, aggregated from many sources.
Contact us: editor@eastboston.com
FOLLOW US
© All rights reserved. EastBoston.com 2021